My apologies to my readers. I haven't been able to update the blog lately because, I don't have unlimited internet available. I am working on this. I have not given up on Stop The Violence Milwaukee. Thank you for your understanding and patience. Be smart and be safe Milwaukee!
Posted by Unknown at 8:52 AM 1 comment:

60 year old woman stabbed to death near 24th and Melvina


Update: 52 year old former boyfriend of victim turns himself in for stabbing Barbara Killebrew to death. This, about the victim...

"It was earlier in June when Killebrew came to a gathering in her neighborhood — speaking out against the violence after three shootings occurred near her block.

Barbara Killebrew spoke with FOX6 News, and her words would tragically be prophetic.

“I’d like to tell those young men that they got to put those guns down because it could be one of their family members that’s dying or getting shot,” Killebrew said.

“She did not deserve to die like that and I don’t know what type of spirit is over Milwaukee but it just seems like it’s violence everywhere,” Killebrew’s neighbor said.

Killebrew’s family is now grieving that a woman so concerned about recent violence towards others would become the very next victim.

“I want the community to know that she helped people. She was an assistant school teacher. She was a woman of God. She tried to do the best that she can,” Killebrew’s neighbor said."

A 6o year old woman was stabbed to death in what is being called a domestic argument. No one is in custody yet.

Posted by Unknown at 8:13 AM No comments:

Claudaire Motley was in Milwaukee, from North Carolina to attend his high school reunion at Milwaukee Tech Saturday around 1 a.m he got in his rental, a 2014 Range Rover and dropped his friend off at the corner of N. 63rd St. and W. Capitol Drive. Motley said black car slowly rolled past him on the left and then a second car parked behind him. "He saw three passengers through the rear view mirror — a woman and two men — and they were looking at him strangely, he said. Suddenly, one of the men jumped out of the car, approached his window and pointed a gun at him. When Motley floored the accelerator, the man fired a shot through the window." Motley was hit in his jaw and managed to drive himself to St. Joesph where he collapsed. He suffered a shattered jaw and requires surgery.

Motley said he'd moved from Milwaukee because, "He'd been concerned about rising violence in Milwaukee for years, and the family's move to North Carolina in 2008 had been partly due to his sense that "the whole city seems to have taken a downward spiral."

"Motley's wife, Kimberley Motley, said she hoped her husband's story would capture the public's attention and that it would spark "some kind of change" in neighborhoods plagued by violence. Kimberley Motley, who was Mrs. Wisconsin in 2004, works as a criminal defense attorney in Kabul, Afghanistan. She heard about the shooting when she talked to her husband on Skype.

"Here I am in Afghanistan," she told him, shaking her head. "But the violence is worse in Milwaukee."
http://m.jsonline.com/more/news/crime/carjacking-shooting-shatter-weekend-for-ex-milwaukee-man-b99297631z1-264315321.html

Posted by Unknown at 7:22 AM No comments:

Thank you Better Impressions for submitting your video.

Posted by Unknown at 7:22 PM No comments:

An 11 year old Milwaukee girl was shot in the leg during an armed robbery at Sparkle Foods on the city's North side on Sunday.

Police are looking for 2 suspects.

4 year old victim of double shooting on Milwaukee's South side

A 22 year old man and a 4 year old child were shot on 15th and Becher on Milwaukee's South side. It happened a little after 9;30 on Sat. evening. A car rolled up to a BBQ and opened fire hitting the child and the man. Both victims are expected to survive.

A 5 month old baby was grazed by a bullet in a drive-by that happened near 12th and North Ave today.  The car was being driven by the baby's mother and the baby's older (adult) brother was in the car. It has been reported (by Fox6 News) that the older brother may have known the shooter. 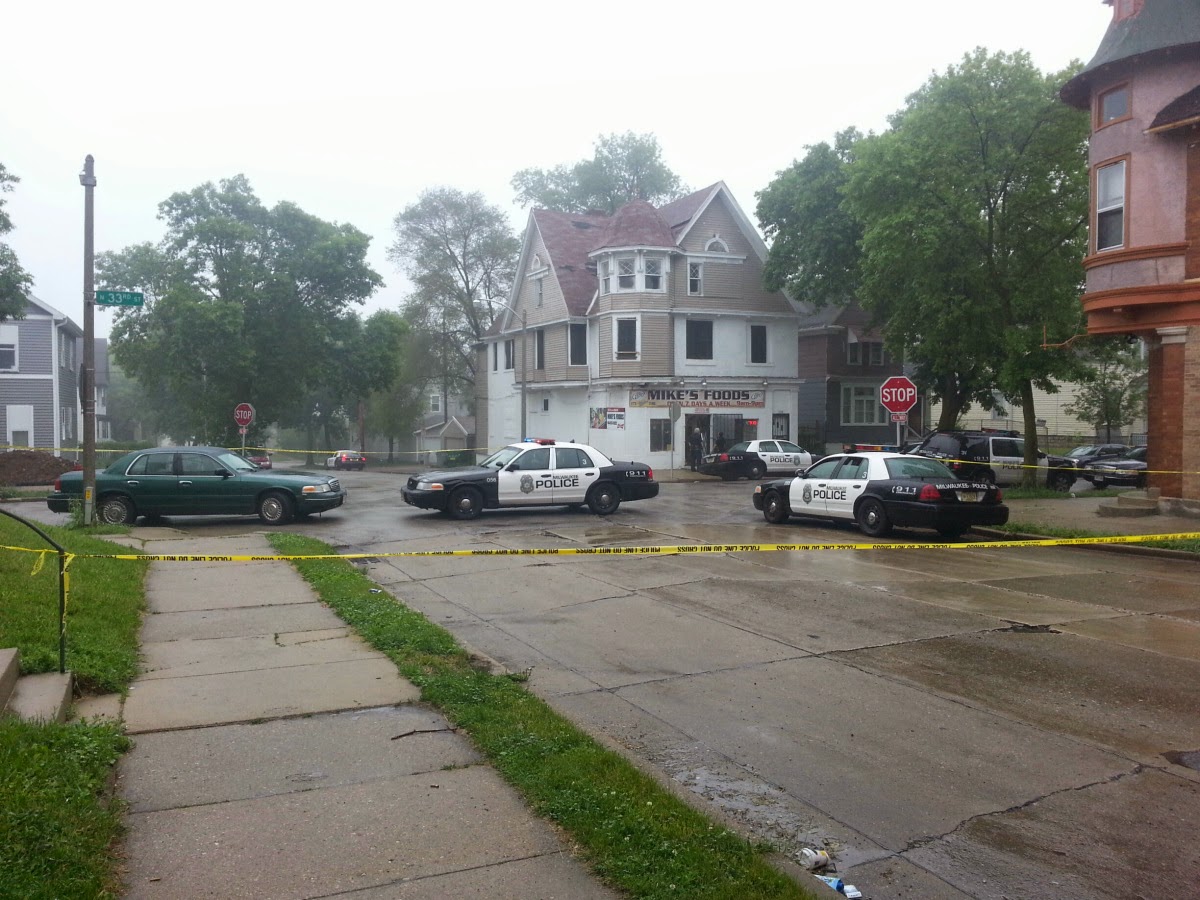 The man was shot when the weapon discharged while the man was struggling with the suspect.

The man is being treated for his injuries. There is no one in custody.

More here...
http://fox6now.com/2014/06/11/sources-corner-store-employee-shot-in-the-head-torso-during-robbery-attempt/
Posted by Unknown at 4:42 AM No comments:

It is amazing how quickly things can spread on the internet, especially over Facebook. I am asking everyone, whether you knew my cousin, Gilbert Hernandez, or not, to please share this post. It is such a small world and by you sharing this photo it may help bring justice to my cousin, and closure for his family. My cousin was murdered on April 11th, 2014 on the 4900 block of South 14th St. in Milwaukee. Anyone with any sort of information please contact the Milwaukee Police Department Homicide Unit (414) 935-7411. Caller may remain anonymous! Please consider this being one of your family members, all I am asking for is you to please share this post. Thank you in advance! 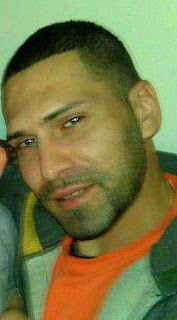 Prior article: Two victims of homicide have been identified by Milwaukee Police.

The second Victim,who was killed in the 700 block of N. 32nd Street has been identified as 19-year-old Devon Harris.

Posted by Unknown at 9:24 AM No comments:

Learn how to make a free Electronic Press Kit

Bee Jay BiGGz, the man whose artwork inspired a movement. Stop The Violence Milwaukee logo was created and copyrighted by Bee Jay BiGGz. Check out his music and graphics by clicking the image above^^^ Please like and share his page

Home of the independent artists 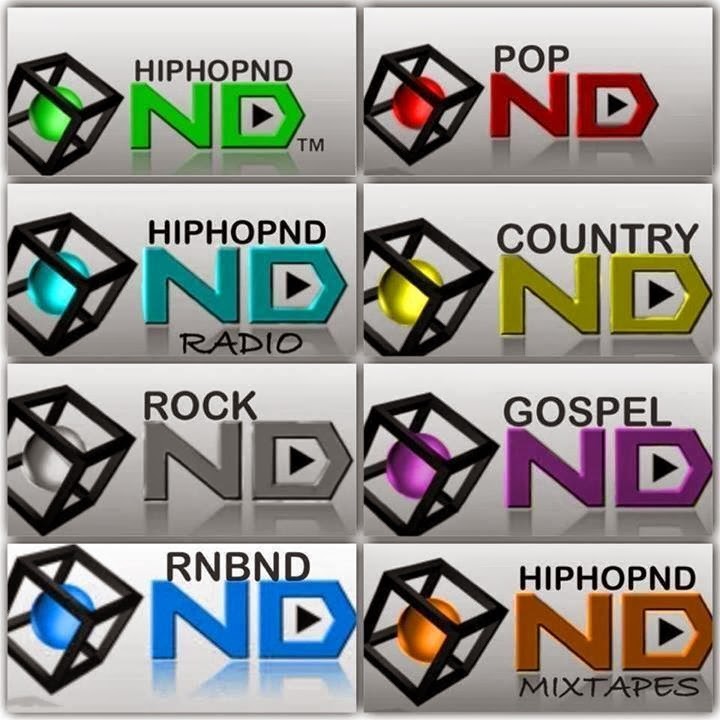 Home of the independent artists

Disscuss the Kelly Dwyer case and many more here...

Websleuth is an online crime sleuthing community of over 50,000 members dedicated to solving crimes and finding justice for victims of unsolved crimes. Click the Websleuths logo above to be redirected to the site. Sign up and become a free member. You can read about crimes and participate in disscussions. Join us